One basic reason is I like cops. I almost joined the force until my uncle (who retired as a detective from a large metropolitan police department) offered to take me to the top of the Bonaventure Hotel and throw me off. I’m the idiot who slows down at accidents, not to rubberneck the damage, but to see which department has shown up. I favor motorcycle patrol uniforms over any others.

The second big reason is that cops are the ultimate stressors and stress survivors. These are people who, at their core, go into a profession wanting to fix the world…sometimes with brute force. Cops are their own hardest critics. They are constantly reviewing the world in 20/20 hindsight and filtering every interaction through a level of culturally assimilated paranoia. Cops rely on each other like soldiers. Unlike soldiers however they are charged with defending the laws and morals of society.

Many of them are fairly conservative. How do I know? I devour police autobiographical narratives; published, unpublished and on the net. Liberals don’t last long in departments…not because they don’t join up, but because that culturally positive view of the world is often beaten out of them within a few years of dealing with the worst of the worst of society.

I forget where I found the quote but to paraphrase: “The police encounter the best of us at the worst time of our lives and the worst of us every other time of their lives.”

Like any good paramilitary institution they rely on homogeneity (yeah, paramilitary--why do you think the ranks are officer, corporal, sergeant, lieutenant, captain and chief? – btw detective is not a rank, it's an assignment, like Narcotics, Vice or Motorcycle). You have to know exactly how your partner, your back ups and the rest of the department will respond. Cops rely on expected norms of behavior.

This shrink likened it to the functional delusion of all Southern California residents…we all get up each day believing that this is not the day that the massive 9.0 earthquake is going to happen. Each day it doesn’t reinforces that belief. However, the reality is whether that hell happens is totally random and beyond our control. Each day could be the day we’re caught on the double decker freeway when it pancakes the level below.

Cops join the force to be true heros.

Why the long intro? Because if you’re a gay cop, you’re outside the norm of society. In some jurisdictions – those that still ban sodomy – having sex with the person you’re attracted to is a crime. Like women, gay cops threaten the macho cop culture.

You show up to your job KNOWING that it’s a lie. There is no justice. You’ve seen your friends beat up, ostracized and persecuted because of who they love. But your job requires that you impose that “justice” on all people. You listen to other cops talk about fags and queers and niggers and spicks and every word we don’t use in a polite, understanding society and say nothing, because you live in an US vs. THEM world. Driving while black or brown is still suspect in most places.

*A good friend of mine (his dad was one of my “uncles”) was a personal assistant and driver to pay for his med school…and every time he drove into Beverly Hills at 2am for his job he was stopped. He was first generation Mexican-American. Now, in 2010, he’s a cardiac surgeon and lives in Beverly Hills…he still gets stopped for being ‘out of place.’*

What’s it like to be gay and a cop?

In the early 1990s FBI Agent Fank Buttino was subjected to an interrogation that normally only a multiple murder suspect would endure…hours upon hours of interrogation into how many dicks he’d sucked, how many guys had fucked his ass and how often. Nobody ever inquired into whether he “leaked” state secrets to anyone. It was all about the salacious details of his sex life.

Then the FBI fired him. He sued. He won.

As stated in the United States District Court’s opinion, the judge at the summary judgment phase of the case phrased it, “The court also has questions as to the rationality of a policy which punishes gay employees for being less than candid about their homosexuality when it is undisputed that at least until very recently the FBI would clearly have purged any employee for *being* candid about one’s homosexuality.”

A Matter of Justice: Lesbians and Gay Men in Law Enforcement, by Robin A. Buhrke, was published in 1996. The book contains more than forty narratives of officers (collected in 1993) about the prejudice they faced both inside the departments they served with and OUTSIDE in the gay community. How they were turned on by their own communities for being in law enforcement. That’s unfortunately understandable. The GLBTQ community has suffered at the hands of cops for decades.

More recently a non-fiction author describe the hurdles of a gay officer in today’s police force.

“Gay cops have a staggering number of virulent stereotypes to overcome. Many police officers see themselves as protecting the moral order of society, and to some cops the idea of a homosexual cop is immoral.

As with women, gay men are presumed by some to lack such manly attributes as courage, bravery, and loyalty. And, like women, when they demonstrate courage and competence, they threaten the cherished notion that only ‘manly’ men can do police work.”

-I Love A Cop: What Police Families Need to Know by Ellen Kirschman, PhD

That quote is ONLY 10 years old. Ms. Kirschman is a clinical psychologist who’s worked with police departments and the FBI for over 20 years counseling cops.

These are entrenched and learned beliefs that are hard to overcome.

And, unfortunately, many writers ignore this. They write in the land of OkayHomo. I’m sorry, that doesn’t exist. Even in South Beach (Miami), Capitol Hill (Seattle) or West Hollywood (Los Angeles) the GLBTQ population does not live in isolation. GLBTQ people are surrounded by the hetero-normative culture. Advertising depicts the happy Male + Female culture. The president of McDonalds goes on record saying they’re not going to run ads targeting gay and lesbians in the US because he’s a “Christian” (http://www.progressivepuppy.com/the_progressive_puppy/2010/06/mcdonalds-chief-no-gay-ads-in-us-because-im-a-christian.html).

This is not an OkayHomo world.

Police Departments are not an OkayHomo world.

And men don’t fuck like women. Very few give a crap about virginity except to get it over. Like me, the sooner that shit was done the better. I joked about “notching the bed-post” since age 14. I collected conquests – men and women.

A commenter on my Taking the Odds series wrote, “In the beginning he [Nick] comes across as submissive bottom but that abruptly changes in one encounter with Brandon. Very hot here but this sudden sexual preference is puzzling. The same goes for Brandon.”

And I think to myself…what sudden sexual preference? Most all gay and bi men I know (and I know many…a great deal of whom I’ve had some level of sexual encounter with) don’t fit nicely into pigeon holes. Men are fluid. Depends on their partner. Frankly women are fluid…I fuck the gender stereotypes of several women I know who would have sex with me even being completely confused (I’m in the genderqueered spectrum of life) about where I land in the continuum of sexuality.

Females seem to equate penetrative sex with being submissive. It isn’t.

For guys, who’s flat on their back is not an issue of weakness.

How does this tie in for the cop stories? Because writers ignore this fertile area of conflict. Hetero-normative males, the ones who fear gay men, support that dichotomy to the umpteenth degree. In their mind, men who fuck men are weak in will and spirit. They dive into crying over miscommunication about a perceived slight. They react like women because it makes them non-threatening. Not that I haven’t know weepy guys, but it takes more than someone challenging them to get them there.

How do I know? Because, I don’t have a man’s body? 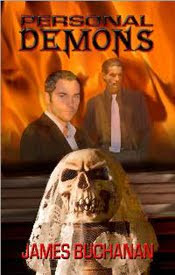 The Push-Me-Pull-Me life is fertile ground for relationship 101. Authors who ignore this do themselves a disservice (beyond the follow the lead lemming aspect of some m/m fiction – like tying condoms before trashing them. Okay, there's maybe 1% of men or less who do that… but don’t write it because another author has. Do your own research/polling before writing). If you ignore that we live in a prejudiced, homophobic society, you ignore having your characters rise to a level of heroism that is unparalleled in hetero erotica and romance. It takes a real hero to step up to the plate of hate, stare it down in 1000 eyes and say, “I love this person.”

And that is a true hero.