Gorgeous, In Spite of His Really Round Head

by Del Dryden (with title by Charlotte Stein. Quite obviously)

I love this topic, because I can think of so many things that are flawed but orsum. In fact I think that may be descriptive of the entire human condition to a great extent. It may even be the flaws that make things orsum, or at least allow us to appreciate the orsum bits.
But if I have to be specific, I'll pick something near and dear: that flawed but orsum species of man known as the Romance Novel Hero. We read him, some of us write him, all of us secretly wonder if he would be more than a bit insufferable in real life...yet we continue to read and write him, because he is undeniably delicious.

Our Hero is not perfect, because he cannot be. It is his flaws that give him interest. It is his flaws that make him attainable to the (usually equally flawed) heroine. Once she is in love with him, those same flaws may even become endearing, or may reveal themselves to be merely manifestations of some deeper issue or trait. Without flaws, there wouldn't be a novel. Or at least not one we would want to read.
The flawed hero comes in flavors to suit every taste, but there are a few classics. The chocolate, vanilla and strawberry of romance hero flaws, so to speak. The arrogant aristocrat, the cynical rake, the dour misanthrope...we see them over and over in romance novels, and we know that by the end of the book we will see the orsum shine through thanks to the transformative powers of lurve*. The arrogant one will still seem arrogant, but have a special smile for only his wife. The rake will be reformed, the young libertine's oats tidily sowed. The misanthrope will creep just a little out of that shell his mommy issues have constructed around him...all for love of the heroine (or, if you prefer m/m, the co-hero).
By the end of the book, Our Hero will also be secretly donating money to the poor, adopting an orphan, happily siring children despite his previously stated intentions never to breed, or allowing his new bride an anachronistic career. Because deep down he was orsum all along; it just required the heroine to reveal that layer of wonderfulness. His flaws were really just the smokescreen that kept all the other girls (or guys, if you'd rather) away.
Oh, and if you're reading something with a little heat to it, the hero is also orsum because, despite his flaws, he is a Sex God. Possibly only as far as the heroine is concerned, or possibly only after a few unsuccessful attempts...but by the end of the book, if there is sexin', rest assured he will be orsum at it.
I'd like to leave you with this image of one of the forefathers of our flawed but orsum romance novel hero, one of the pantheon, one of the all-time champeens: 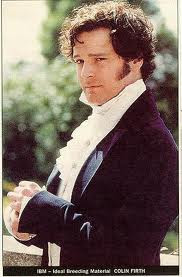 *also due to the powers of what Sarah Wendell and Candy Tan, in Beyond Heaving Bosoms, refer to as "the magic hoo-hoo". If you haven't read that book, stop what you are doing and go begin reading it instantly. You will not be disappointed.
Posted by Charlotte Stein aka The Mighty Viper at 6:00 AM