Since I Been Loving You 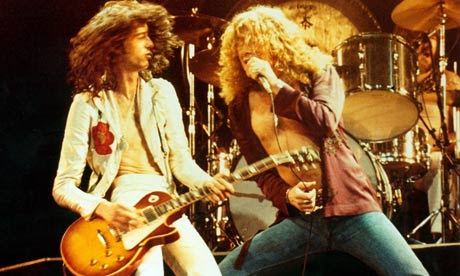 For some reason we can't fathom, our parties are legendary at our high school. People kiss up to us to try to get invited. We can't explain why they aren't wanted. We can't explain that there's no such thing as an invitation. You're either part of us or you aren't. It's not as if we held a meeting and decided no outsiders. It's simply understood. No one ever breaks the unspoken code. Besides, we know that our parties can never live up to the mystique that's been bestowed on them, and we kind of like that cool edginess, even though we'll never, ever admit how much it means to us.
It's one or two o'clock in the morning. Most of my friends have fallen asleep or are passed out. Only Ken and I are still awake, because we don't drink much, and we only get buzzed enough to relax. We move among the fallen, making sure that they're on their sides and propping them into that position with pillows or anything else handy. John Bonham of Led Zeppelin has just died, choked to death on his own vomit while passed out. We don't want our friends to go the same way. Keeping our friends from rolling over onto their backs is a weird measure of responsibility, teenager style.
Once that task is done, Ken and I go back to the living room. It doesn't matter which house we're in. We live in military housing. They all have the same floor plan. We take the Black Sabbath, Rush, and Pink Floyd albums off the stack on the record player and put them back into their sleeves with care, because one scratch ruins the vinyl. Then Ken and I put on our music. The rest of the group leans toward heavy metal. Ken and I are punk. They won't listen to our Sex Pistols, Pretenders, or Clash, so we save those for our time. Quietly, so we don't piss off the people living in the other half of the duplex enough that they'll call the military police, we dance with frantic jerks to work out the violence simmering in our systems until we're exhausted. Sometimes, the sun rises before the exorcism is done.

It isn't only our love of punk and drinking habits that make Ken and me different from the rest of the gang. We don't use that word for it, but Ken is gay, and I know it. I like him better that way. We can hang out without that whole boy/girl weirdness between us. Ken knows about my little habit of attempted suicide. Maybe he stays awake and sober at our parties so that he can prop me up with invisible pillows. (It's years later that I think of this. My selfishness shames me. I'm not sure if I protected him in return.) We share a unique hurt beyond the usual teen alienation. It's our bond. That, and we're both light years smarter than anyone else we know. We don't have to censor our words and thoughts when we're alone together. We don't have to use smaller words or explain tangential leaps in our conversations. We're both comfortable with silence. Just getting through the hours with someone at your side is enough sometimes.
We're veterans of the military life by now. We both know that any day, one of our fathers can announce a transfer, and within two weeks, the moving vans will come. We won't try to keep in touch. It isn't our way. We understand that now is all we have. We've made our peace with that. But that also frees us to be more honest. Who cares if you embarrass yourself in front of someone you'll leave behind in a year and never see again? So while we never bare our skin, our souls are stripped again and again in late night confessions. That's how I know about Ken. That's how he knows about me.

Once we've collapsed onto the couch, our demons worked out for the night, or at least held at bay, we take out the Led Zeppelin albums. Our friends are big fans too, but there's something different about listening to Zep when it's just Ken and me. Our favorite song is Since I Been Loving You. Sometimes, we play it three or four times in a row. Other times, we can't bear to break the spell of the song, so we don't move while the needle slides to the next groove. Sometimes, we hold hands or even cuddle together. The lights are off. The rest of the world is quiet. We're just hanging onto to each other with a bit of desperation while our hearts break along with Robert Plant's. He's lonely too, at least while the song lasts. Even Jimmy Page's guitar is aching. It's late at night, and we're the only people left on earth, and there's no one else I'd rather be lonely with.

Posted by Kathleen Bradean at 5:51 AM