The City of our Lady, Queen of Angels.

Unfortunately, that isn’t the name of the city now. It made a heck of a lot more sense than Los Angeles- The Angels- but I shouldn’t gripe. Whoever was in charge of the US takeover of these former Spanish colonies could have pulled an Ellis Island and anglicized her name to Ladysville. But I still feel as if someone decided to send a message and cut us down to size. Obviously, we didn’t take the hint.

Dorothy Parker is credited with saying that “Los Angeles is 72 suburbs in search of a city.” Dorothy was a witty woman, but that quote reeks of smug New York disdain, not knowledge. At least Raymond Chandler knew what he was talking about, even if he didn’t paint a flattering portrait. Walter Mosley got it right. So did James Ellroy. LA is huge. And it’s complex. Anyone who tells you “Los Angeles is” doesn’t get that Los Angeles are.

This year, writer James Buchanan and I both came out with novels titled Personal Demons. Both stories are set in LA. Both are contemporary gay erotica. Both feature a Caucasian main character and his Latino (talk about a loaded word to use here in LA)lover. Both have a main character with a drinking problem. Both mention the wildfires – a more consistent threat here than earthquakes. Both feature unconventional religions, gods, and magic. Yet if you read both novels, you’ll think we’re talking about different planets.

James writes about the cops, courts, and gangs; and the neighborhoods of Silver Lake, Echo Park, Inland Empire, and downtown (yes, there is actually a downtown LA, Miss Parker). A practicing lawyer, with family roots that run deep in firefighting and law enforcement, Buchanan writes police procedurals that reflect real LA, not the made for TV version. 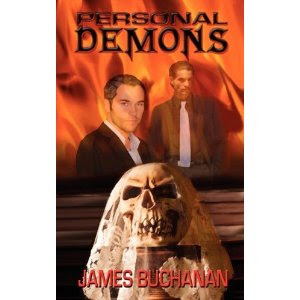 My Los Angeles is not the one James Buchanan writes. Residents of the beach cities have a unique inflection that makes every statement sound like a question. Taking your dog to the coffee house is normal near the beach. Where James Buchanan’s LA reflects its Mexican heritage, the South Bay region is historically influenced by Japanese culture. Here, you take off your shoes before entering a friend’s house. If you go to an Asian market, you hand the money to the cashier with both hands. If I wrote about South Bay gangs, they wouldn’t be Crips, Bloods, or Mexican Mafia. They’d look a lot like model Asian high school students, because many of them are. While you may laugh at the idea, local police and teachers don’t. But you could live next door to me and never see these things, because this metro area isn’t just 4,580 square miles of uninterrupted humanity. It’s a collection of parallel universes sharing the same geographic space. 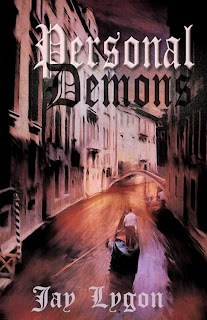 While James Buchanan and I write different versions of LA, we’re both right. History, culture, geography, and ethnic mix of the neighborhoods affect our characters, as they should. Our characters come from somewhere, and that somewhere is part of who they are. Getting place right isn’t about mentioning landmarks or the local cuisine. It’s capturing the little details of customs and speech that make a setting matter and the characters belong there.
Posted by Kathleen Bradean at 8:20 AM