Sorry - you're dead! So no prize for you.

When I was trying to come up with topics for us to post about, I kept thinking about something that has been bugging me for a long while now. The Nobel Prize. Specifically some of their regulations ... 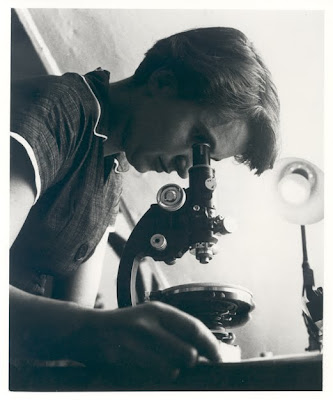 So some of the best scientists in the world, some of the people who lay the groundwork for others, but die suddenly, and often tragically, are left out of history’s records in this most important of ways.

The one that stands out to me the most is a Ph.D. from Cambridge, a woman who died at the young age of 37. Rosalind Franklin.

Her research was conducted during a time of great discovery in science – the 1950’s. Many of the college students I go to school with have the view of the world in an almost static sense, they see what is now, and it must have been what was as well. They can’t comprehend a world where many of the sciences we study now didn’t exist, or were in their infancy. Yet just fifty years ago, something that we take for granted now was just being truly discovered, the details ironed out, laying the foundation for greater understanding. 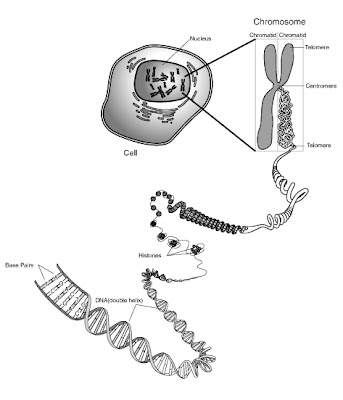 I am talking about DNA.

We hear the buzz words – gene slicing, genetically engineered food, cloning, DNA evidence at crime scenes. It’s in the movies; from the crime dramas to the futuristic sci-fi where it allows for super-humans, to the thrilling dinosaur tales of Michael Crichton. But in the 1950’s, while they knew such a thing existed, they had no clue as to exactly what it was.

Rosalind Franklin was one of the pioneers working in the field, and using her own ingenious methods, managed to discover important basic facts about its structure.

Her work was shared, without her knowledge, with those who history does remember – James Watson and Francis Crick. All throughout school, it was always either Watson and Crick’s DNA discoveries, or sometimes a third name, Maurice Wilkins was added in. It wasn’t until an offhanded mention by a professor that is as bothered as I am by the way the Nobel Prize neglects the discovery and such of the deceased, that I finally had a fourth name – Rosalind Franklin.

(For questions about the Nobel Prize, see their FAQ - http://nobelprize.org/contact/faq/index.html)

If she hadn’t have discovered what she did, if her work hadn’t have been shared with Watson and Crick, I wonder where their research would have led them, and how long it would have taken them to play catch-up. She never managed the key element of understanding DNA, the knowledge of how the base pairs inside line up, but she cleared off a lot of the false leads, including the possibility that DNA was actually three stranded, and that the sugar-phosphate backbone lies on the inside, not the outside.


Certainly they acknowledged her contribution, but over time, it has become Watson and Crick, and Wilkins most of the time, that are taught to our children, leaving Rosalind Franklin to slowly fade to the background.

From the Nobel Prize website ... this says it all.

"Is it possible to nominate someone for a posthumous Nobel Prize?

No, it is not. Previously, a person could be awarded a prize posthumously if he/she had already been nominated (before February 1 of the same year), which was true of Erik Axel Karlfeldt (Nobel Prize in Literature 1931) and Dag Hammarskjöld (Nobel Peace Prize, 1961). Effective from 1974, the prize may only go to a deceased person to whom it was already awarded (usually in October) but who had died before he/she could receive the Prize on December 10 (William Vickrey, 1996 Sveriges Riksbank Prize in Economic Sciences in Memory of Alfred Nobel)." http://nobelprize.org/contact/faq/index.html 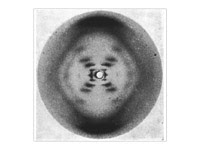 They will be remembered by history, and she has been religated to a footnote, if that, in DNA's legacy.

(The picture to the right is one that she took - one of the earliest images of DNA. Something we take for granted in today's society. Isn't it pretty?")

How many others have we forgotten in science?

Posted by Michelle Houston/Houston Michaels at 9:00 AM