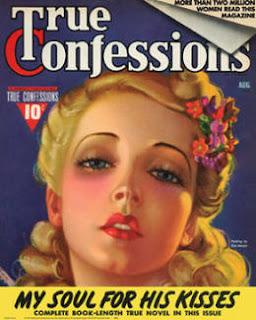 “Is that wild scene based on your own experience?”

“Did you really do that?”

When you write erotica, you get asked questions like this all the time—in a conspiratorial, awed tone, the interrogator hoping against hope for a salacious confession.

I blush a bit and try to look respectable. “Well—um—actually, yes. Quite a lot of it, anyway.”

I don't subscribe to the position that you must have direct, personal knowledge of a topic in order to write about it. Nevertheless, I have to admit that I've had a decent range of erotic adventures, possibly more than the average author. I've been involved in several ménages, both M/F/M and F/F/M. I've visited sex clubs and belonged to a social group advocating open marriage. I've been tied up, spanked and whipped, been blindfolded and had hot wax dripped on my tender parts. I've done a bit of spanking myself, though not much. I've had sex that involved whipped cream and olives (at different times!). I've driven topless in a convertible sports car along Mulholland Drive (a scene that shows up in Ruby's Rules). I've been penetrated by a bedpost (a detail that made its way into Raw Silk). I've made love in an airplane toilet, in the seat of a Greyhound bus, and on the floor of a church surrounded by a hundred other people (admittedly in a sleeping bag).

I don't mean to make this a checklist and I hope this doesn't sound like I'm bragging. I didn't intend to become a sexual explorer. It just sort of happened.

The fact is, my writing, especially my earlier work, says much more about my fantasies than it does about my experiences. Raw Silk in particular is a compendium of my favorites. Take, for example, the scene in which Gregory (the dominant) orders Kate to dress in a wig and a skimpy costume and perform on stage at his Bangkok sex bar. During the two years we lived in Thailand, my husband and I used to visit the go-go bars quite frequently. I'd watch the lovely dancers writhe seductively on the stage and desperately want to be up there myself. I wanted to feel the lust of the audience—to encourage that arousal. In fact I did climb up on the platform a few times, much to the delight of the staff, but in my street clothes. Kate gets to pretend she's one of the bar girls; Gregory even “forces” her to do a sex show with another dancer. Nothing like this ever happened, but I loved to think about it.

I reprise the same fantasy in Exposure. “I strip for the fun of it,” Stella asserts. Exactly my feelings.

Imagination is the ultimate aphrodisiac. And it's far more interesting than any truth.