I want my cake, and I want to eat it too!

I've been called a lot of things since I came out, "fence sitter" being the most common, "greedy" being the oddest. I've been told that I should try to have my cake and eat it too. That I need to pick just one sexuality and stick with it.

Some people just can't, and don't want to, comprehend that to me, enjoying both sexes is like breathing. I can chose not to breath, but eventually I will pass out and my autonomic system will take over and voila! Air will be sucked into my starving lungs.

I can say to myself, I am only going to look at men, particularly my husband. But I would be lying to myself, and him, if I said I actually held to it. Thankfully, he knows I am bi, he accepts that I am bi, and (not so thankfully) he teases me that I am in fact a lesbian. (Generally when he feels we haven't been "close enough" recently enough. TMI I know).

I've known since I was thirteen or fourteen years old that I like girls. It took me until fifteen to realize guys weren't so bad either.

I think women are sexy. The sleek lines of a female body, the curves and valleys. And the sweet scents that women can have. It's enough to turn my head.

Then again, I also like the hard planes of a man's abs, the velvety feel of flesh over toned (and tanned) muscle. Guys can be so very hot! 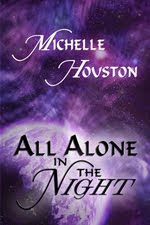 I think mostly because being bisexual can be harder at times than being one or the other. (Not saying it always is, that will very by the person, but I know in my personal experience, I have often wished I was just one or the other - straight or lesbian). Even with an understanding husband, there is always fear, and anxiety, and heartbreak. Plus, there are people who make comments like those above - like I chose to be bisexual just to screw with their chances of getting a date.

I want to eventually find a woman who I can be with, who I can enjoy more than a friendship, or a quick fling, with. But I would be asking a damn lot of her, knowing that leaving my husband for her wouldn't be on the agenda. Instead, I would like to have a poly relationship, a truly functional three-way relationship. I could even handle it if she had a man of her own. In fact, that would be the true ideal, to find another married (or at least long-term committed) bisexual woman. Someone who isn't looking for a full-time relationship, but at the same time, someone who also isn't looking for a one-night stand. If her husband should happen to golf, that would be even better. We could sent the guys out golfing and enjoy some quiet time. *wiggles eyebrows*

Yet I know there are so many things that can stand in the way of a poly relationships –jealousy, envy, worry about someone finding out and judging, etc.

So it is very hard for me to create a world where my characters are able to pull off something that I can't even being to mentally plot all the possible issues of. I really marvel at the authors that can.

Email ThisBlogThis!Share to TwitterShare to FacebookShare to Pinterest
Labels: all alone in the night, Michelle Houston