The Dead, the Bad and the Ugly 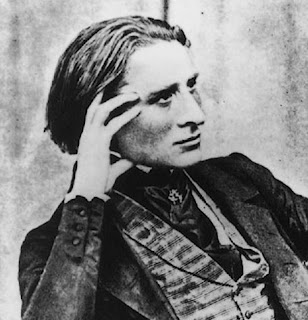 1. The Dead: When I was fifteen, everyone around me liked to scrawl the names of their favourite crushes on their hands, bookbags, coursework folders, lunchboxes. Every available surface heaved with felt-tipped ‘Tom Cruise’s and ‘George Michael’s and ‘bloke from the Levi’s ad’s (what was his name again?), all with hearts instead of dots above the letter i. But I had a love that dared not write its name in fat cartoon-style lettering. I had a love who was not buff, not fit, not cool, not even alive. Furthermore, he was a composer. Of classical music. Breathing a word of this would have been enough to have me flung into the nettles on the next cross-country amble (or ‘run’ as the teachers liked to call it).
So I adored my Franz in secret, listening to Hungarian Rhapsodies in the privacy of my room whilst gazing upon his record cover image and imagining I was the Lady of the Camellias or Lola Montez or any of the billions of adoring women he appeared to have cut a swathe through, even after taking Holy Orders. What a guy. Brilliant, charismatic, complex, sexy, philosophical and a bit naughty. Even six feet under, he seems like a better bet than the conventional crushes fostered by the cross-country mafia now. And I have a feeling he might turn up in a story sometime. 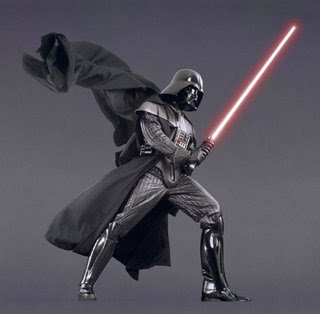 2. The Bad: According to a conversation I was following on Twitter the other week, every girl fancies a bit of Darth Vader, so perhaps my early love for the heavy-breathing, heavily-cloaked baddie is not as unconventional as I thought. However, at the time, I think I may have slightly alarmed my parents with the vehemence of my passion for him. “Darth Vader is the best,” I would solemnly proclaim, “because he is a Dark Lord of the Sith.” Even at nine, I thought this was a sexy title to have. Come on! It is! Don’t deny it! And I was delighted when the prequel trilogy bore out my often-argued theory – that Lord V was just an angry little boy who missed his mummy inside all the metallic black get-up (though I’m sure my nine-year-old self would have been fatally disappointed by this). Darth was the precursor of a host of other villain crushes through the years but he remains the original and the baddest. 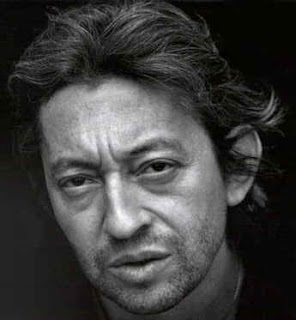 3. The Ugly: Finally, a big thumbs-up to men who are not cheesy-toothpaste-grinning barrels of muscle. No floppy haired boyband types here, please. I like a big nose, bags under the eyes, crooked teeth, milk bottle specs. Possibly not all at the same time, but I need a bit of character on my crush’s face, or I just can’t be bothered to look. I’ll take Serge Gainsbourg over Brad Pitt any day of the week. Sorry, Brad! My story Thames Link in the Sex in the City: London anthology explores the appeal of the ugly man.
“Despite the fact that he was not my type at all – too short, too fleshy, not enough cheekbones – I began to think about him while masturbating. He pushed me into a darkened railway arch and ripped my skirt in his haste to fuck me. He tied me to a bed and told me that from now on I belonged to him. He plunged his hand into my knickers and fingered me on the train, right in front of all the other passengers, telling me that he had known this was what I needed all along. When I imagined his voice, it was not deep and manly, but a little bit nasal and whiny. For some reason, this made him seem all the hotter – the idea that I could be taken like that by somebody so ordinary. Only a slut would fantasise about an ugly man who stares at her on the train. Only a slut, whore, bitch…yes, yes, yes.”

Shaun is hot because he is not hot. This is a theme that recurs in my writing from time to time, so it obviously intrigues me.

Thanks for listening to my blethering, and a big thanks to Charlotte Stein for inviting me, and to all the Oh Get a Grippers for the fantastically entertaining job that they do here. Justine xx.
Posted by Charlotte Stein aka The Mighty Viper at 6:00 AM