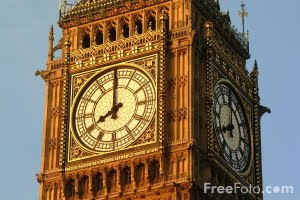 Anyone who has read much of my work or followed my blogs will know that I'm passionate about travel. My husband seduced me in a Burmese restaurant by telling me tales of his own international adventures. With him at my side, I've visited every continent except Australia (though I still have a long wish list of places we haven't been) as well as at least three quarters of the U.S. states.

One of the many things I adore about travelling is the freedom it offers—freedom to be anonymous, to do things that might be a bit too outrageous in a city or a country where someone might recognize you. DH and I have had our share of erotic escapades on our trips together. Characteristically, we began our relationship with a three-week drive across America. That voyage included a ménage a trois with a close woman friend in Ohio, some (hilariously unsuccessful) attempts at bondage in Kansas, and a blisteringly extreme coupling in sleazy Las Vegas. (Okay, so this was a better trip than most!)

The combination of travel and sex is also a frequent topic in my fiction. One of the first short stories I published was “Butterfly”, in Mitzi Szereto's second volume of erotic travel tales, about an expat construction worker who falls in love with a transgendered Bangkok bar girl. Mitzi's next collection included “Vows”, set in Luang Prabang, Laos—a story about the sexual craziness engendered by foreign climes. “Crowd Pleaser” is another example. A married couple travels to New Orleans to very publicly celebrate their anniversary. And of course my novel Raw Silk could be viewed as an extended essay on the topic of sex in exotic locales.

One of my personal favourite "sex and travel" episodes occurs in Incognito. It explores a long-time fantasy of mine, in which I disguise myself as a man and, along with my male companion, visit a gay bar and make a pick-up. Given my diminutive stature and zaftig build, I'd never make a convincing guy. Miranda, however, is tall and willowy enough to impersonate a youth of twenty.

Most of Incognito is set in Boston, but this chapter moves to Jolly Old England. Miranda (a Harvard PhD student doing her dissertation on Victorian erotica) has been invited to participate in a panel discussion at a prestigious academic conference in London. She journeys there with Mark, the sexually irrepressible lover who has finally won her trust. Promising a surprise, he shows up at their hotel with bags from Harrods and enough make-up to turn Miranda into the slender, buff “Randy”. Miranda puts herself in his hands and he leads them to the venue of their next adventure.


The door was opened by a clean-shaven young man wearing a crimson bellboy’s uniform. He looked them up and down in an openly appraising manner. What he saw must have satisfied him, for he nodded and gave them a stiff little smile. “Good evening, gentlemen. Welcome to the Harkness Club.” They followed him into a modest anteroom furnished with coat hooks, an umbrella rack, and hunting prints. At the far end of the room was an arch covered with red velvet drapes. With a flourish, their guide pulled back the drapes to let them pass. “The curtain rises,” murmured Mark under his breath. Electric anticipation shot through Miranda’s body.

She was not sure what to expect, but her initial reaction was disappointment. The room on the other side of the curtains was large but remarkably ordinary. A gleaming mahogany bar ran along one wall. Brass trim and ranks of glassware suspended from the ceiling reflected the golden light of ceiling fixtures with oiled paper shades. The rest of the room contained shadowy groupings of low tables and chairs. Semicircular couches hugged the wall in the corners. The room was fairly full. People perched on bar stools, clustered around the tables, or simply stood around in tight knots with their drinks. Some violin piece played softly in the background. The swelling sound of conversation frequently overwhelmed it.

It took Miranda three breaths to realise that every one of the patrons was male.

Mark grinned ever so slightly. “Well, you might call it that. I prefer to think of it as a gentleman’s club.”

As they walked into the room, Miranda felt the eyes of the patrons, discreetly surveying the new arrivals. She was suddenly, intensely, aware of the sock distending her trousers. Mark steered them to a table near one corner.

A waiter appeared immediately. Mark ordered whisky for both of them.

Before he could answer, she noticed a man approaching their table. He was medium height, trimly built, with salt and pepper hair and a small moustache. His clothing was well-tailored but conservative. He favoured them with a slightly nervous smile as he reached them.

“Good evening,” he said. “Do you mind if I join you?” He had a cultured voice. His accent reminded Miranda suddenly of Geoffrey. The memory made her sex heavy and wet.

“Please do,” said Mark, standing up to allow the other man access to the empty chair on the other side of the table. And to show off his physique, Miranda suddenly realised. There was just a hint of swish in Mark’s manner, a roll of the hips and a tilt of the chin that were not typical of his usual movement. As soon as their guest was seated, Mark held out a friendly hand. “I’m Marcus,” he said, “and this is my friend Randy.”

“Peter,” responded their guest. “I’m pleased to meet you both.”

“You’re American, aren’t you?” Mark nodded. “In London on business?”

“A bit of business, a bit of pleasure, you might say.”

There was general laughter. Miranda thus far had not dared say a word. She was fascinated, watching Mark flirt with their companion. Peter was attractive for a mature man. He had a ready smile and graceful, well-groomed hands. He and Mark chatted about London sights, shopping, entertainment. To Miranda, it seemed like every comment Mark made was a double entendre. Peter leaned forward, his lips slightly parted, his pale blue eyes gleaming, attention totally focused on her lover. Miranda felt slightly invisible. She didn’t mind.

They finished their drinks. Mark was about to order another round, but Peter held up his hand. “Excuse me, but I’ve got to visit the loo.” He strode across the room and disappeared through a doorway on the far side.

“Come on,” said Mark, grabbing Miranda’s hand and pulling her in the same direction.

She followed him, a bit reluctantly, into the brightly-lit lavatory. It was immaculately clean. A vase of purple carnations sat on the sink.

Peter stood at a urinal along one side. She could hear the sound of his piss pouring into the porcelain fixture. Without hesitation, Mark took up position beside the older man, unzipped his fly, and extricated his penis. It was half-erect. His own cock still hanging out, Peter watched, fascinated, as Mark handled himself. Miranda hung back, her hands in her pockets. From where she stood, she could see both of their organs. After a few minutes of stroking, Mark began to pee. A queasy excitement settled in Miranda’s stomach as she watched the yellow stream arching through the air. Without realising it, she took a few steps closer, her eyes glued to the two men.

“So, Marcus, I’d like to give you a taste of how we entertain ourselves here in jolly old England,” said Peter softly. “Would you like that?”

Mark was stroking his cock again, making it swell to full tumescence. “I would, Peter,” he said with one of his angelic smiles. Peter reached out a hand, but instead of touching Mark’s cock as Miranda expected, he laid his palm on the black fabric stretched across Mark’s buttocks. “I’d like to give it to you here,” he said, almost in a whisper.

“Sounds good to me,” said Mark. He led the way toward one of the stalls. Suddenly Peter turned his eyes on Miranda. She saw, reflected in his blue eyes, the lust her boyish form inspired.

“And what about you, Randy? What would you like?” He licked his lips.

Miranda was speechless. Fortunately Mark stepped into the breach. “Randy’s a bit shy,” he said with a smile. “He just came out of the closet. I’m showing him the ropes, so to speak.” Peter half-smiled, half-leered at Miranda. Mark lowered his voice. “So far, he’s a virgin. But I suspect that he would not be adverse to giving you a blow job. Would you, Randy?”

Miranda swallowed hard. She tried to deepen her voice. “No, I’d like to do that,” she said. Then she realised that she meant it.

What follows is one of the raunchiest scenes in an admittedly explicit novel. However, you'll just have to use your imagination (unless you want to purchase the book, of course!) After all, that's what I did. I've never been to a British gay bar or watched two men have sex in the loo, or pretended that I was a boy.

See how much I have to look forward to!