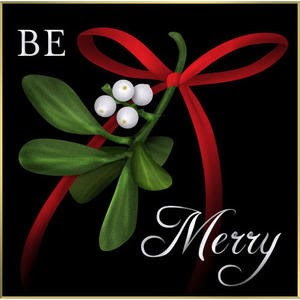 Then I remembered that I received my first French kiss in front of a Christmas tree, from the man who would later become my first lover. I can recall the scene surprisingly well. I was fourteen, staying with my aunt over the holidays. Although she was born Jewish and at time was a disciple of an Indian guru, she had for some reason set up a tree in the living room. I remember that the twinkle of the lights twining through the branches was the only illumination. The moment has a silvery glow in my recollection. P. encircled me with his arms and pulled me against his chest, while planting his lips firmly on mine. I had no idea how to react.

Then suddenly his tongue was in my mouth. The intimacy of that sensation shocked me. I guess I knew about French kisses, academically speaking, but the reality was like nothing I'd imagined. I felt excited and scared and very confused, not knowing what to do exactly, but really, really wanting to get it right. He held me there, exploring me, for what seemed like hours. Afterward, in my room, I was so high I thought I'd float right off the bed. He wanted me - me, shy and awkward as I was, with my heavy-framed glasses, plump thighs and frizzy hair... As for P., he was as beautiful as an angel, pale as snow, with hair like spun gold and sea-blue eyes. And he smelled so good... that's one thing I remember, incense and sweat and peppermint from the candy canes we'd been eating, strange, male, but so delicious...

Once I had dredged up that memory, my thoughts turned to other kisses, midnight kisses as the old year slipped away and kisses under the mistletoe.

I found myself curious about the mistletoe kissing tradition. Mistletoe, it turns out, has had spiritual or magical significance for millenia. It is associated with the divine male essence, hence potency and virility (possibly because the waxy white berries resemble drops of semen). The plant is also entangled in a resurrection myth.

An old Norse tale recounts the birth of the god Baldur, son of Frigga and Odin, the king of the gods. A prophecy regarding Baldur's premature death led Frigga to extract a promise from every plant and animal on earth, that they would never harm her son. Somehow, however, she omitted the mistletoe plant and when Baldur reached glorious manhood, Loki tricked Baldur's blind brother into slaying him with an arrow fashioned from mistletoe. Baldur was dragged into the underworld, but like Osiris and Persephone, was brought back to life by the efforts of a loving woman (in this case his mother).

After Baldur's resurrection, Frigga declared mistletoe to be thenceforth the plant of peace. None of this, of course, explains why mistletoe has become a license to kiss, although the links with the solstice season are clear. Mistletoe is evergreen, symbolizing everlasting life. Pre-Christian cultures associate midwinter with the death and rebirth of the sun. These themes continue to echo in the Christmas story itself.

Apparently American author Washington Irving wrote about the mistletoe kiss tradition as early as 1820. This suggests that it has been practiced for a good deal longer. Most of the sources I found pointed to Scandinavia as the original source of the custom.

However they originated, kisses under the mistletoe retain a sense of mischievous transgression. It doesn't matter who you are, how old you are, to whom you're married. If someone catches you beneath that sprig of emerald leaves and snowy berries, you must submit to his or her kiss. To resist is considered to bring terrible luck. And who knows what you'll discover, mouth to mouth, breath to breath? The potent magic of the Druid's sacred plant might lead to ecstasy - or even love.

I'll leave you with a literary kiss under the mistletoe, from my recently released holiday tale Almost Home.

The kiss caught her off guard.

One moment Suzanne was standing in the doorway to Helena’s den, scanning the occupants and wondering if she knew anyone at all at this party. The next moment someone twirled her around and fastened a pair of firm lips on hers. Out of instinct or habit, she closed her eyes. The darkness heightened her other senses. Powerful arms circled her body and pulled her against a fuzzy male chest. Her partner’s scent rose around her, a complex mix of soap and musk, evergreen and wood smoke. His tongue teased the seam where her lips met and she let him enter, her self-protective reflexes dulled by his warmth and the glass of merlot she’d downed on her arrival. His mouth tasted of eggnog and candy canes, appropriately seasonal. He was delicious, in fact—not just his mouth but the quiet confidence of his probing tongue, the sculpted muscle she felt under his sweater, his bold hands wandering across her back to her buttocks. She hadn’t enjoyed a kiss like this in a long time.

She’d felt chilled and tense ever since her plane touched down in frigid Boston but now her muscles began to unknot. He was a miniature sun, melting her, turning her languid and dreamy. She clutched at his solid form and returned his kiss, trading heat for heat. Tropical colours paraded behind her eyelids—fuschia, lime, peach, and aqua—shimmering like the water in her pool back home. She even began to perspire, her long-sleeved velvet dress suddenly too warm for comfort.

He pulled her full hips against his lean ones. A tell-tale lump, wonderfully hard, pressed against her belly. Her panties and tights dampened, too.

Normally she would have resisted but stress and alcohol made her susceptible. She allowed the kiss to lengthen and deepen, sinking into the pure pleasure of it.


Wishing you a Christmas full of merriment, mischief - and mistletoe!