Imagination is a Dual-Edged Sword 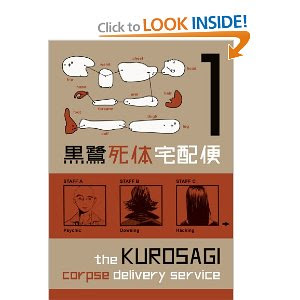 Like Lisabet, I'm not a huge fan of horror. The problem is too much imagination. A good writer gets a grip on me that I can't shake even when the story is over, and I can spend nights jumping at noises. Movies get me too. It took five times to get through just the opening sequence of John Carpenter's The Thing before I could brace myself to see the whole movie. It's the music in movies that creeps up my spine. I learned that long ago when my oldest sister wanted to watch Frankenstein when we were alone one night. She lowered the sound and put on Carpenter's music so I could stand to watch it with her. Knowing that it's the music doesn’t make it any less effective.

Horror and erotica are closely related. More than any other genres they try to provoke a physical response from the reader. Both want your heart to race and use a lot of sensory detail to make it happen, but to different ends. L.A. Banks, who passed away earlier this year, talked about how to use that sensory detail to make a horror scene work at a writer's convention years ago and I still find her observations useful although I turn them from horror to erotica.

The odd thing is that I have no problem reading or seeing horror in manga and graphic novels. I'm eagerly awaiting the next issue of Chew. In it, the main character can see the entire past of anything he tastes, which makes eating food a real problem. One taste of bacon, and he can see the pig in the slaughterhouse. This unusual ability comes in useful when solving crimes, although, yes, it means tasting part of the victim. So it's gross out horror, and yet, I love it.

Another manga series I follow is The Kurosagi Corpse Delivery Service. A group of college students with differing abilities are brought together by an enterprising and not terribly ethical female student to find bodies and (with the help of one of their group) reanimate them long enough to try to figure out how to make money from helping the spirit with any unfinished business. They run into some other unsavory types, including a funeral home that reanimates murderers so that the victim's family can extract revenge, usually in the form of torture. As with most horror, it's a hard look at society and never features easy answers. Unfortunately, since I'm not Japanese, I know that there's some subtext that I miss about how their way of making a living puts them outside society, which is very much a part of the continuing story arc through the episodes. The drawings can be gruesome, but that doesn’t bother me.


I want to like horror. I'm sure that horror writers are just barely on the rung of respectability above erotica writers. But the good horror writers do their job too well. I'm spooked for days by the atmosphere created in the story. At night, shadows in the corner of the room take on sinister forms, sort of like seeing shapes in clouds but not nearly as fun. Imagination, it's a writer's best friend, but as a reader, I wish I could crank it down a few notches.
Posted by Kathleen Bradean at 5:24 AM