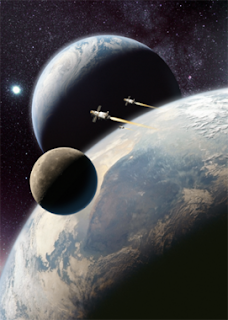 Foreign words become part of English every day. We don't look twice at words such as café or fiancé, and everyone seems to understand what a double entendre is. Yet café, fiancé, and entendre were all foreign words at one time. Alien, in fact.

When I began writing Science Fiction, I studied the concept of how to build a world. What steps did I need to take to make my worlds real to my readers? How could I blend reality and the Tarthian Empire? One way was to create at least a smattering of words in an alien language. For my Kin people, feline humanoids, I wanted something catlike, but which humans could speak. I named it Felis.

I would need it to be easy to pronounce, and not look too alien to readers. I knew that using copious amounts of alien words would result in what my mother quaintly referred to as the Wheelbarrow Syndrome. When she'd come across a foreign word that she couldn't discern from the context, if her ever-present dictionary didn't help, then she substituted the word "wheelbarrow" and kept right on going.

I began my quest for a new language by studying how languages are formed. I read articles, watched documentaries, and pored over books by other SciFi authors. Certain words and sounds are formed by the placement of tongue against teeth; that led me to wonder how fangs would affect speech. The letter B seemed the least likely to be used, based on studies I read, so I decided to leave that letter out of Felis.

Languages go two ways. They develop from society, and in turn, they change society. What would the world be like if we did not speak different languages? Certain cultures place more emphasis on family, or independence, or the assumed/assigned gender of non-living items. In French, for example, most words ending in -ble have a masculine connotation, with the exception of table.

Over the last six or seven years, I've developed well over 650 words, plus a number of phrases. I also created customs, family relationships and meanings, and a history of the people. Because the Kin were genetically designed, I used a smattering of human languages to create theirs. Words were taken from English, French, Latin, and Cherokee (Tsalagi). I used phonetic spellings, kept -ing, -ed, and the traditional English -s and -es for plurals. I then incorporated the sounds of cats in the way they form words. Words use the letter H to indicate a breathy pause, with two Hs meaning a longer pause (hheenah means sexual). Kin are never in a hurry to speak. Their language takes time, much to the chagrin of fast-talking humans.

As an aside, the human language in my books is referred to as Etymis, from the word etymology, or study of languages. In the Tarthian Empire where my current books take place, Etymis is the trade-standard tongue.

Here's a brief excerpt from the book Surrender Love, in which the hero, Luc Saint-Cyr, speaks with one of his Kin employees. Mynkoh Ceeow is the aunt of Luc's as-yet-unmet new lover. The scene portrays a traditional Kin greeting ritual. 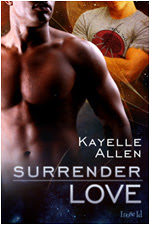 “Welcome, Mynkoh.” Luc indicated a white leather chair and came around to stand before the matching one.

The sleek Kin female looked lithe and exotic in her tight black leather skirt and gleaming boots. She’d left her white shirt open, unfastened to a point below her breasts. She draped her black leather coat across the arm of her chair. “Hook leather” matched hair color, which, among the Kin, was an honor permitted only to warriors.

Mynkoh laid back both her ears and bowed only enough to be polite.

He bowed in return, using the ritual Felis greeting. “Dok cho, sten neeleesah?” Hello, how is your family?

After a pause, she answered with the same formality and a deeper bow. “Seeyoo, skah, yl tu?” Fine, thanks, and yours?

She lived alone, as did he with Wulf gone. Hardly an appropriate greeting for two bachelors like themselves, but it was the Kin way and she always seemed to expect it.

The enjoyment of creating an alien world, a language, and customs are some of the reasons I write Science Fiction. Developing those aspects along with a sensual plot is why I enjoy Science Fiction Romance. It's the big picture mixed with the intimate look at a character, whether human, immortal, alien, or some combination of the three.

Kayelle Allen's motto is "romance lives forever." She enjoys hiking, movies, reading, and SciFi conventions. A multi-published, award winning author with character-driven, plot-heavy SciFi Romances, her world-building skills include alien languages and 10k years of future history. Kayelle is known for unstoppable heroes, uncompromising love, and unforgettable passion. You will find her on the web in these places: 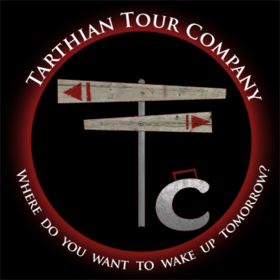